Unlike most counties in Virginia, Arlington owns and maintains the vast majority of the County’s roads… but not all of them. Highways like I-395, I-66 rightly belong under the control of the Virginia Department of Transportation, but for other streets in Arlington, the value proposition is much less clear.

Do you know who owns any given road in Arlington? Ownership isn’t obvious and two roads that look similar can actually have different owners: Hayes Street in Pentagon City is Arlington-owned, Glebe Road in Ballston is owned by Virginia; Potomac Avenue is owned by Arlington, Langston Blvd by Virginia.

These ownership differences can make major differences when it comes time to make improvements to these streets to meet our Vision Zero goals and address safety issues. Design and construction on state-owned roads require a long and lengthy approval process from the state and urban-appropriate street design configurations often require special waivers from VDOT whose standards are highway-focused.

This lack of flexibility has been a problem in the past. In 2010 Arlington sought and received ownership of Columbia Pike to facilitate its reconstruction from an auto-centric arterial to a pedestrian-friendly Main Street. The massive rebuild of Columbia Pike has been long and arduous as it is, adding state approvals to the process might have stretched the timeline beyond feasibility. 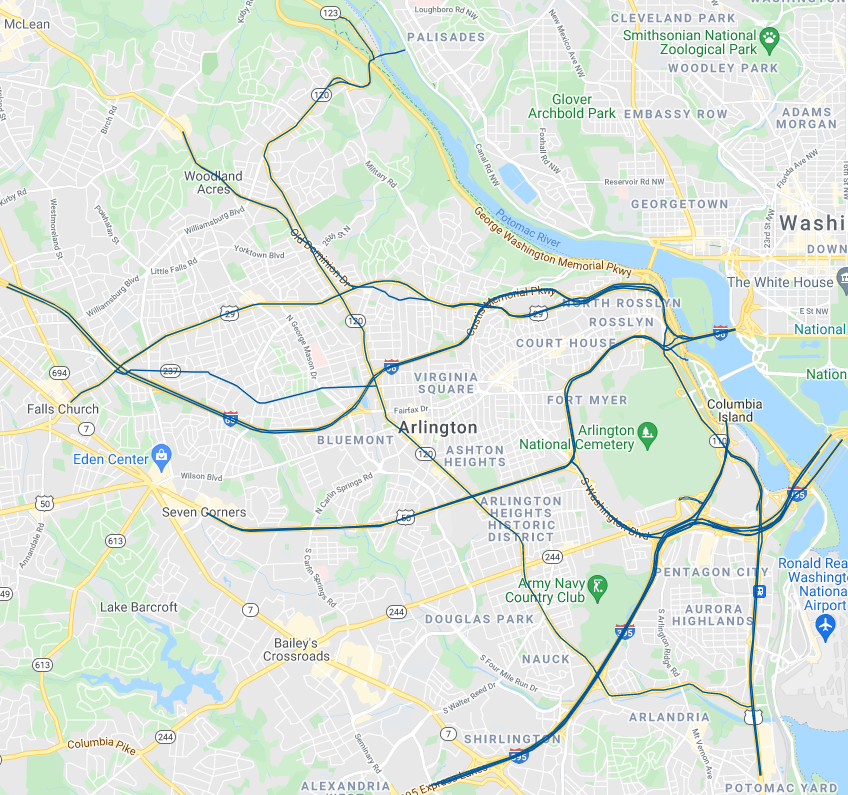 In 2018 Arlington sought and received ownership of VA-237 which is the designation for parts of 10th Street N. and Fairfax Drive to give Arlington flexibility on making pedestrian improvements there as well.

With Langston Blvd going through a reimagining process that is likely to result in a dramatic transformation in the future, now is the time for Arlington to seek control of Langston Blvd from the state to facilitate that transformation. With large parts of Glebe Road appearing on Arlington’s High Injury Network, control of the high-pedestrian areas of Glebe Road, to facilitate safety improvements, would also be wise.

The additional benefits — local control of our streets and the ability to deliver better safety interventions more quickly — are well worth that price.